Fun Fact about schnitzels is the name changes based on the accompaniment and garnish. Schnitzel is a very classical preparation that can be served with many classical garnishes as well as accompaniments. This is a quick panfry that works well with just about any tender or less tender cut of meat. 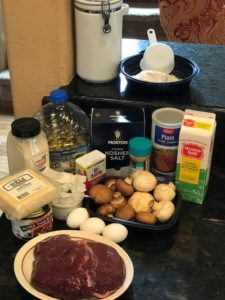 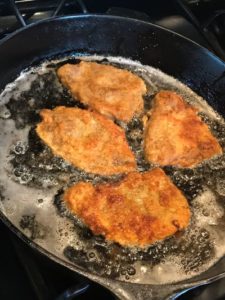 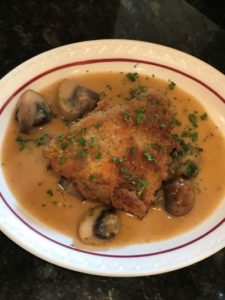 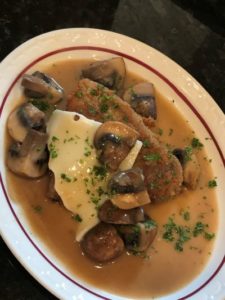 Placed breaded cutlets on tray until all are breaded.

Hold cutlets in hot warming oven. Once all cutlets have been cooked, serve by placing ladle of sauce on plate, top with cutlet, slice of cheese, and more sauce and chopped parsley.

Use pheasant, grouse, or hog for venison.

Use avocado oil instead of canola, or all bacon fat.

Substitute any type of breadcrumbs.

Use Jaccard to tenderize meat before dredging.

Use all egg instead of adding buttermilk.

Test oil with edge of one cutlet if it starts to cook place one cutlet into pan, watch & listen to determine if the oil it hot enough before adding more cutlets.

Too much meat cools oil and lowers temperature which results in greasy final product.

Too much heat burns the crust.

Don’t smother breaded meat with any sauce or gravy for too long because it will ruin the coating.

When pan frying the sauce is prepared in a different pan with the exception of chicken fried steak.